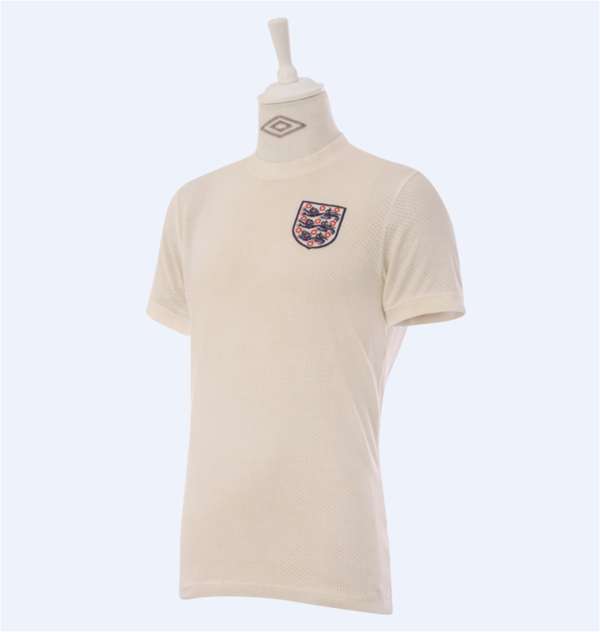 To commemorate its rich football history and stylish sportswear heritage, a collection of history-inspired sportswear was created. The four featured garments are a stitch-for-stitch recreation of four of the brand's most iconic pieces. The Umbro Icons Re-Issue collection pays homage to four classic silhouettes which signify Umbro’s reputation for creating smart football clothing.

Featured in the history-inspired sportswear collection are the the ’66 Anthem Jacket, worn by Sir Alf Ramsey (England manager who helped the team lift the country’s first World Cup); the Mexico ’70 Jersey, worn by the team when they played eventual winners Brazil, in what is regarded as one of the best World Cup tournaments ever; the Taped Track Jacket, a garment which signified a new movement in sportswear branding; and last but not least the Drill Top, a seminal piece of clothing that reigned supreme in England during the '90s.

These four history-inspired sportswear pieces, an exact recreation of the original, ooze history and are available from http://www.umbro.com.
1.8
Score
Popularity
Activity
Freshness