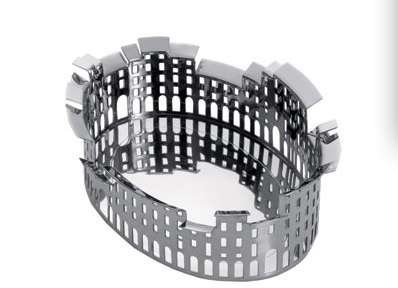 1. The Piazza Dell Anfiteatro, Lucca. The Anfiteatro was constructed at the beginning of the 1st century by Emperor Claudius and became a square in the Middle Ages.

2. The Piazza del Campidoglio, Rome. Designed by one of the most famous artists in history, Michelangelo, under the authority of Pope Paul III, the construction on this magnificent and famous square began in 1538 and was finished in the 17th century.

4. The Piazza della Scala, Milan. Located in the beautiful city of Milan, this square is famous for its Leonardo Da Vinci sculpture that adorns the center and also for the Teatro alla Scala.

5. The Piazza della Republica, Florence. Built in the 19th century,  it covers the Baths of Diocletian, which was built on 32 acres and could hold 3,000 bathers.  In the center of the square lies The Fountain of the Naiads, a famous sculpture of nymphs who protect all bodies of water plus the underground.

6. The Piazza Ducale, Vegevano. This is one of the most famous piazzas in Italy and was built between 1492-1493.

7. The Piazza Di Palmanova, Palmanova. A stunning 9-point star-shaped piazza which contains roads and pathways that lead to the hexagon in the center known as Piazza Grande.  Credits for this military fortified area go to Vincenzo Scamozzi and Giulio.

8. The Piazza dell’Annunziata, Venaria Reale. Contained in this huge square piazza is the Church of the Nativity of the Virgin Mary.

For those who are unfamiliar with the works of Fabio Novembre, he created the His and Her chairs, of which the most predominant and standout feature is the derriere.
1
Score
Popularity
Activity
Freshness
Attend Future Festival Virtual