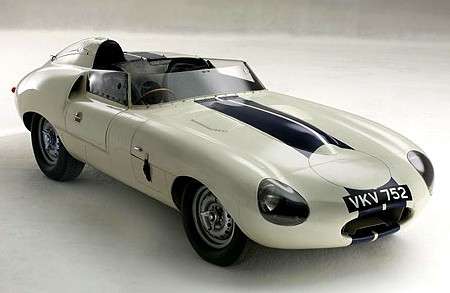 Rose A. Valenta — August 19, 2008 — Autos
References: luxist
Share on Facebook Share on Twitter Share on LinkedIn Share on Pinterest
The year was 1960 when the Jaguar E2A prototype sportscar, which shaped the future of Jaguar, was introduced. It was raced by some of the most famous drivers at Le Mans and had a historically significant win in August 1960 at Bridgehampton, NY.

On August 15, 2008, this beautiful car set another world record when it brought in $5 Million at Bonhams & Butterfields' Quail Lodge Sale in California. $5 million is now the highest price ever bid on a Jaguar at auction. The winning bidder's name has not yet been disclosed.

A few months ago, British radio host, Chris Evans, set the world record for the highest price ever paid for a vintage car, when he paid $10,894,900 for a 1961 Ferrari California Spyder at RM Auction's second annual "Ferrari Leggenda e Passione" auction in Maranello, Italy.