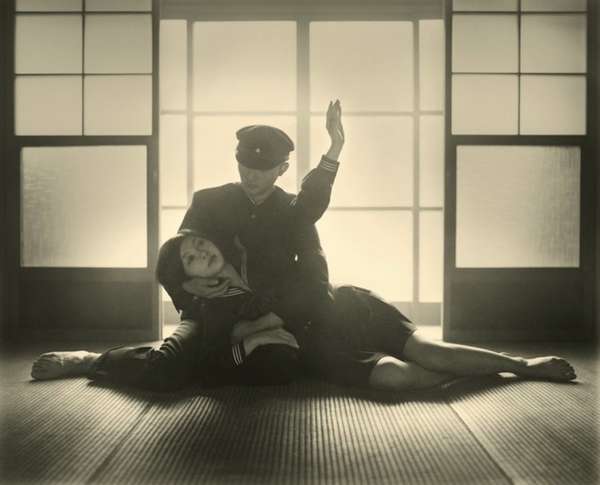 Meghan Young — March 5, 2012 — Fashion
References: hisajihara & mymodernmet
Channeling the distant past, photographer Hisaji Hara's captures also mimic the work of Balthasar Klossowski (more commonly known as Balthus), who was one of the most revered artists of the 20th century. Wistfully reminiscent, the similarities are evident in the painterly quality of Hisaji Hara's work, which are almost spot-on re-creations of the Polish-French artist's paintings.

Hailing from Japan, Hisaji Hara gives Balthus' work a modern twist by introducing new settings and characters. Taking multiple exposures, Hisaji Hara controlled the sense of depth via a giant smoke machine that filled the room with a misty backdrop.

Hisaji Hara observes, “Perhaps the reason why Balthus dared to paint the limbs of a young girl was that he was attempting to provoke narrow-minded 20th century notions of eroticism. And so in this photographic series the dual presence of innocence and eroticism points to the objectification of 20th century values, which is itself an important part of the work.”
4
Score
Popularity
Activity
Freshness