Fetuses for Human Rights
Next
Set of
Related
Ideas 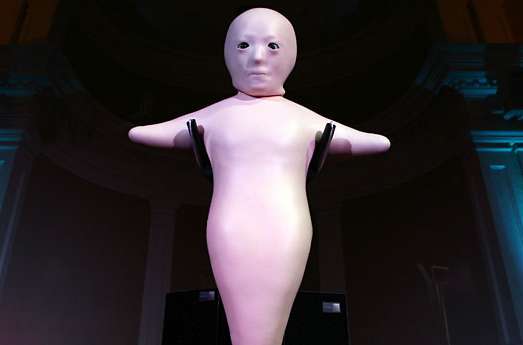 Amelia Roblin — January 27, 2011 — Unique
References: bbc & asia.cnet
An Osaka University professor has been in the media in the past few years for his unusual technological ideas, but the release of the embryonic Hiroshi Ishiguro 'Elfoid' is creating quite a stir. According to its creator, the cellphone version of the larger Telenoid R1 will be ready to hit the market in a few months' time, offering users an innovative way to experience mobile communication.

The small anthropomorphic device looks a lot like a developing fetus, but has been designed with the ability to form facial expressions and movements that mimic the user on the other end.

Watch the video to see the inventor with several Hiroshi Ishiguro 'Elfoid' prototypes interacting with a friend through the larger Telenoid R1.
3.2
Score
Popularity
Activity
Freshness