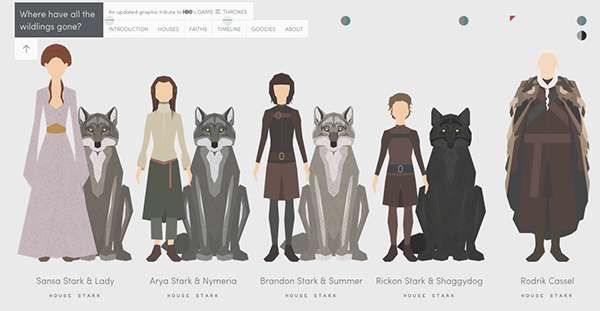 Ian Andrew Panganiban — April 8, 2013 — Pop Culture
References: wherehaveallthewildlingsgone & digg
Share on Facebook Share on Twitter Share on LinkedIn Share on Pinterest
Most people find it hard to get into a series mid-way through without some form of help. Game of Thrones has been an epic success of a series so far and it’s no surprise that it’s generating several new followers, but with its numerous characters and story lines, it’s hard to play catch-up with everyone else. Graphic artist Nigel Evan Dennis created this updatable inforgraphic about the Game of Thrones series as a fun way for old and new fans of the series to connect.

The infograph features the series’ houses, characters and even some lore to help fans get a better understanding of the series. From timelines to tidbits of lore, Dennis spared no small detail when creating the infograph. If Daenerys Targaryen had this graphic by her, she’d easily be able to distinguish between friend and foe.