Spicing Up Family Reality Shows
Next
Set of
Related
Ideas 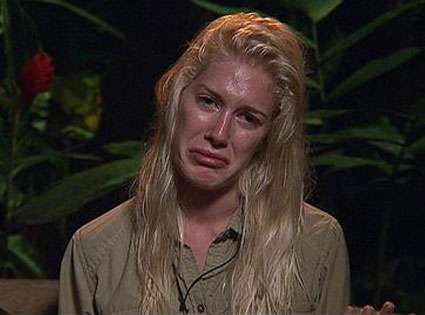 Marissa Brassfield — June 7, 2009 — Pop Culture
References: nbcmiami & eonline
Share on Facebook Share on Twitter Share on LinkedIn Share on Pinterest
While filming 'I'm a Celebrity…Get Me Out of Here!' Heidi Pratt was hospitalized following a three-day stint in which she and husband Spencer Pratt were locked in a dark room filled with rats, snakes and insects for three days.

The extreme reality series features a number of B-list stars, including Sanjaya Malakar of 'American Idol' and two Baldwins. The Pratts were locked in the room because they wanted to leave the show but had a change of heart and begged to stay. Sister-in-law Stephanie broke the news that Heidi Pratt was hospitalized via her Twitter feed.

We're still waiting back from NBC and the Pratts' reps as to why Heidi Pratt was hospitalized, but E! writes that various reports cite a stomach infection as the cause. Has NBC gone too far with this reality show stunt, or did the Pratts have it coming? Weigh in below, and see highlights from the episode in which Speidi threw in the towel above.
5
Score
Popularity
Activity
Freshness
Attend Future Festival