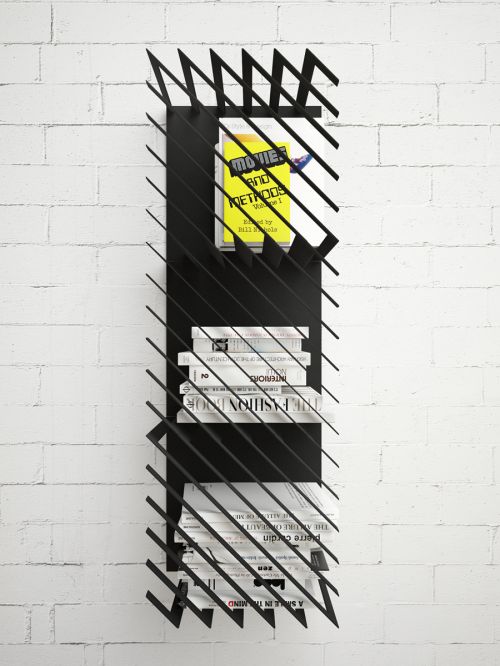 The Hash Bookshelf Obscures the Appearance of its Confined Contents

Amelia Roblin — January 5, 2015 — Art & Design
References: linestudio.ua & leibal
The Hash Bookshelf does something a little bit different to what you're used to seeing. Instead of exposing the spines and covers of the paperbacks and the hardcovers kept within it, this modular storage system partially screens the view. Comprising a series of slanted slats, the unit forms a casing around its contents, as well as an open ledge for their placement.

Black painted steel attached to a squared backing creates a very contemporary wall-mounted shelving solution. Instead of acting simply as a holder and a frame for the novels inside, Line Studio's Hash Bookshelf insists on being a statement in its own right. Impressions are revealed of the reader's taste, but the materials must be access from the side of the cubby. Several of these can be arranged together and reoriented for an even more eye-catching effect.
2.1
Score
Popularity
Activity
Freshness