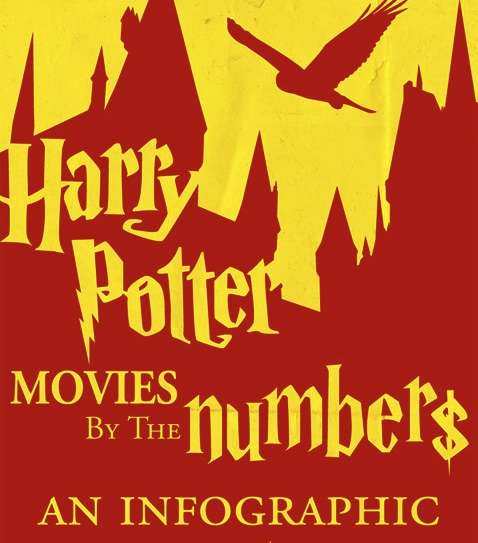 'Harry Potter Movies by the Numbers' Infographic Charts Its Influence

Corinne Guirgis — July 17, 2011 — Pop Culture
References: cinemablend & holykaw.alltop
The world knows just how influential the Harry Potter franchise is to modern literature and cinema, but the Harry Potter by the Numbers infographic is a detailed outline of the facts and figures behind the franchise's success. "Much anticipated" is a drastic understatement for this weekend's premiere of the final installment of the series, which has taken the world on a decade-long journey.

While some of the numbers, such as the $6.3 billion combined worldwide gross of all Potter films to date, are no surprise at all, others, such as the existence of four official university Muggle Quiddich teams, are more astonishing. With seven movies completed, and the eighth and final chapter underway, the numbers speak volumes about the significant cultural impact of this never-to-be-forgotten franchise.
6.7
Score
Popularity
Activity
Freshness