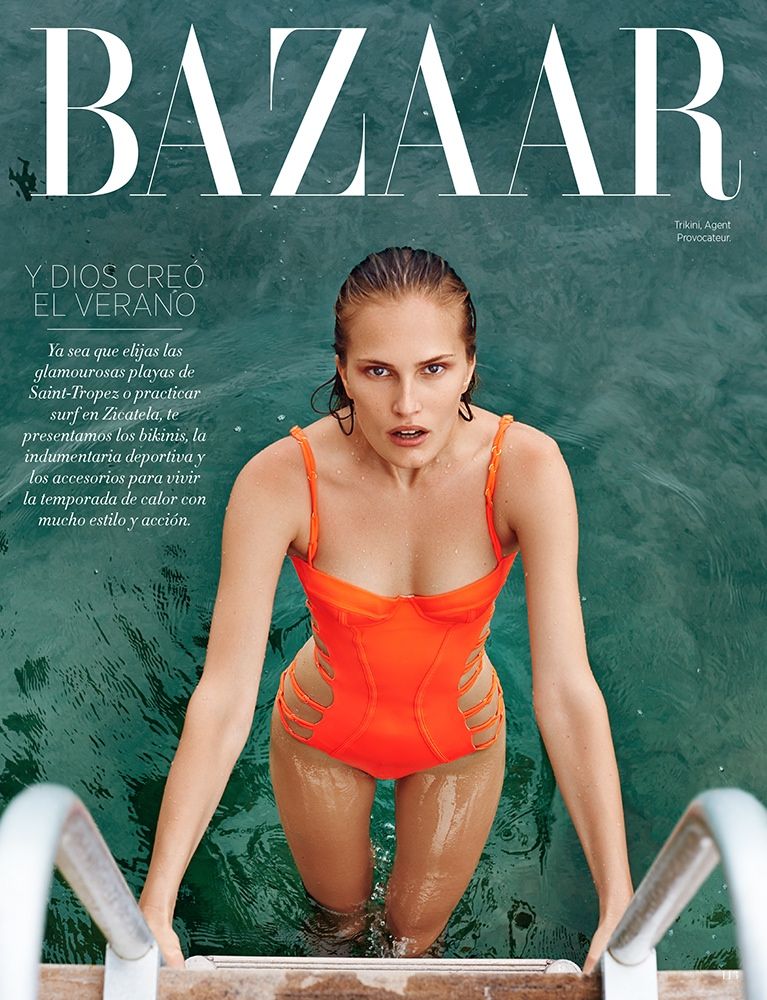 Meghan Young — July 11, 2014 — Fashion
References: harpersbazaar.mx & fashiongonerogue
The Harper’s Bazaar Latin America July 2014 cover shoot will give women an idea on how to sporty at the beach and still look chic. Adventurous to a certain degree, it depicts Ukrainian model Alla Kostromichova doing more than simply lounging on a towel or sexily floating in the water. Instead, she is captured getting ready to scuba dive, surf and even fly in a plane.

Shot by photographer Danny Cardozo, the Harper’s Bazaar Latin America July 2014 cover shoot essentially centers on a Bond girl in the making. The brunette beauty is both hot and tough, two criteria for such a role. Clad in colorful swimsuits that are as practical as they are stylish, she was outfitted by fashion editor Almudena Guerra. Wet hair and understated makeup perfects the looks.
5.5
Score
Popularity
Activity
Freshness