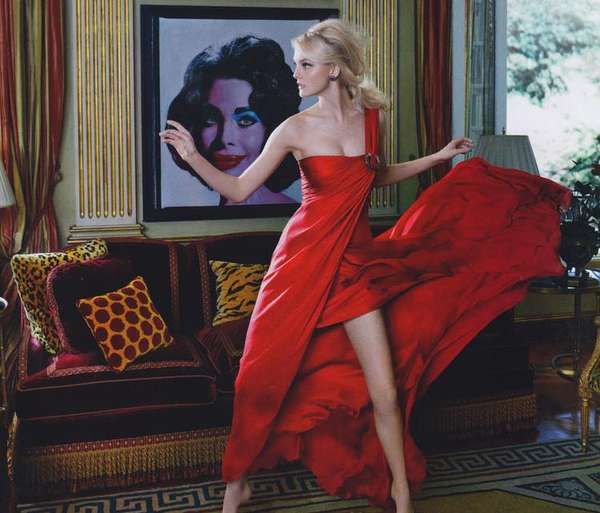 This shoot for Harper's Bazaar Brazil December 2011 was photographed by Gui Paganini and features couture designers including Roberto Cavalli, Carolina Herrera, Carlos Miele and Emilio Pucci. Paganini captures the gorgeous Trentini, who also appears on the cover of this issue, in a beautiful one-shouldered, festive red gown as well as a stunning cobalt blue halter number, which features elegant gathers all the way down the front. A cute and fluffy white cat makes for a fashionable prop.