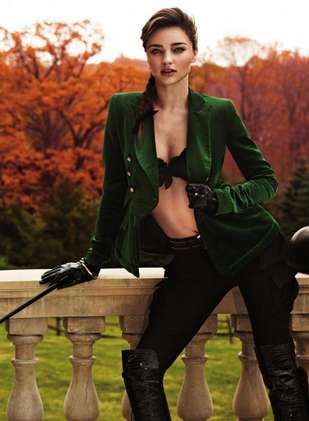 True to its name, the spread, which was snapped by Giampaolo Sgura, features Kerr as a masterful equestrian, taking the reins in both style and sport as she models gorgeous fall styles. She looks dominant and demure at the same time as she poses amongst the lush greenery of a country estate based in New Jersey. Some style highlights from this Harper's Bazaar August 2012 spread include a magnificent riding cape with a whip, over-the-knee black leather boots, a luxe velvet green blazer, chic paneled pants and a classic houndstooth jacket.
6.1
Score
Popularity
Activity
Freshness
View Innovation Webinars