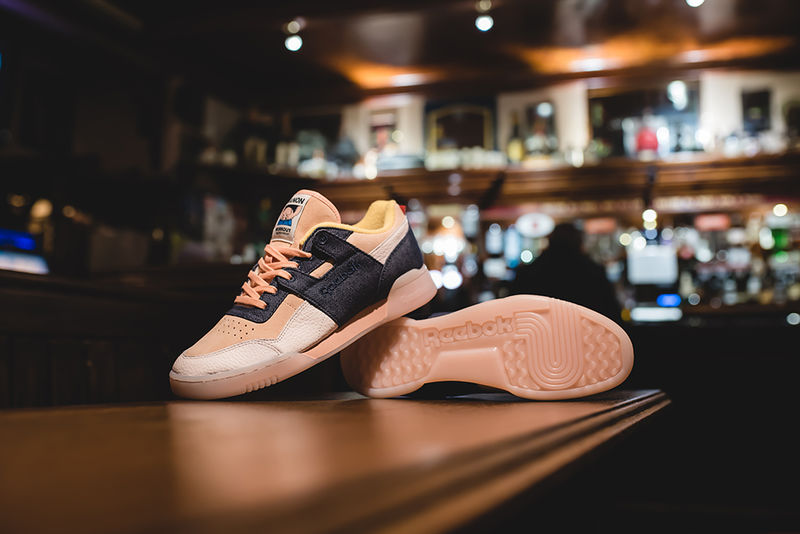 Kalina Nedelcheva — January 25, 2018 — Fashion
References: hanon-shop & highsnobiety
Share on Facebook Share on Twitter Share on LinkedIn Share on Pinterest
The Hanon x Reebok collaboration pays tribute to an old TV campaign from the UK. The original ad by Reebok follows a man running from a giant bouncing belly. The message is clear—focus on exercising and developing healthy eating and drinking habits or the "Belly's Gonna Get Ya."

Eighteen years later, the Hanon x Reebok shoe features a suede upper, denim accents, pebbled leather and elegant salmon-colored detailing. The woven tongue label is particularly playful as it features a cartoon illustration of a person grasping a beer belly. The shoe release is paired with an ad revival of the original campaign, in which the Hanon x Reebok shoes are featured. The promo video is full of animated objects and a cartoon version of the chasing belly. This time, however, the video finishes with the blob crushing the man, but not before a quick video pause with the words 'WORKOUT' flashing on the screen.
5.4
Score
Popularity
Activity
Freshness
Get Better and Faster