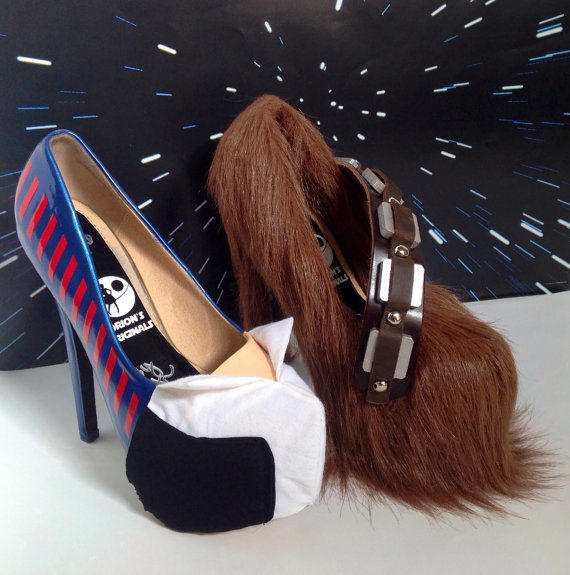 These Han And Chewbacca Heels Pay Tribute To A Legendary Friendship

Michael Hines — March 14, 2017 — Fashion
References: etsy & laughingsquid
At first glance these Han and Chewbacca heels from Etsy's OrionsOriginals appear to be mismatched, at least to those who aren't big fans of Star Wars. One is covered in fur and the other is, well, not. However, like Han Solo and Chewbacca these stilettos are a perfect pair. OrionsOriginals created this atypical set of heels to pay tribute to the legendary friendship between the legendary bounty hunter and his Wookie sidekick.

The Han and Chewbacca heels can be had for $200. That's a steep price to pay for a pair of shoes with material that can easily be scuffed and damaged. Of course these are perhaps the most original Star Wars shoes around and showcase fandom much more than a pair of limited-edition Adidas kicks ever could. If Han and Chewbacca heels aren't your cup of tea OrionsOriginals also offers a variety of other geeky female footwear, including Princess Jasmine flats and Hogwarts Chuck Taylors.
7.2
Score
Popularity
Activity
Freshness