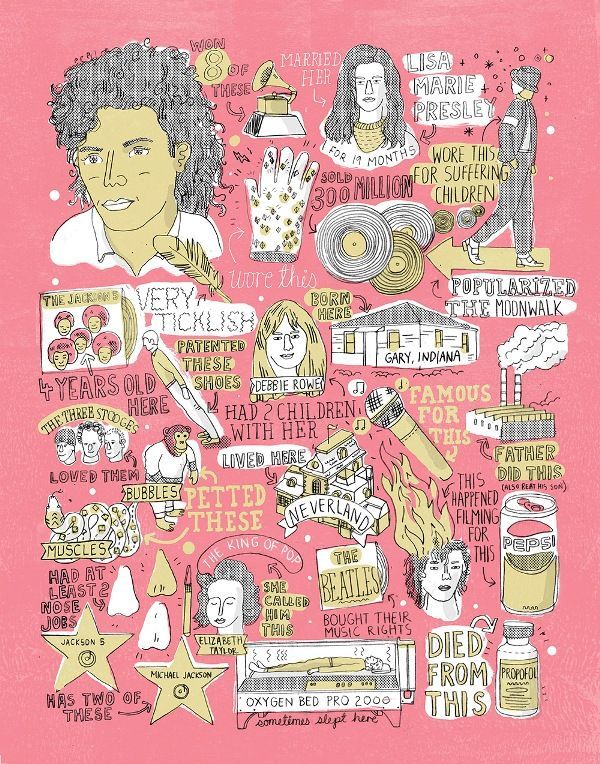 Megan Facciuolo — April 30, 2014 — Pop Culture
References: jamesgulliverhancock & designtaxi
Share on Facebook Share on Twitter Share on LinkedIn Share on Pinterest
Famous Australian illustrator James Gulliver Hancock released his new book of illustrations and it features 50 well-known personalities by mapping their belongings. The intricate and detail-oriented maps are sketched in the likes of everyone from Oprah Winfrey to Marilyn Monroe.

The book, titled 'Artists, Writers, Thinkers, Dreamers: Portraits of 50 Famous Folks and All Their Weird Stuff,' features intimate doodles of the icons' favorite foods, habits and quirky possessions. For example, some of the things illustrated to depict Elvis Pressley include a heart (to depict how he died), a retro bottle of Pepsi (to show his favorite drink) and a peanut butter jar, a banana and bacon (to represent his favorite sandwhich).

Hancock said he was inspired by his observations of people in New York City, and started making “little make-believe maps of the people" based on everything they did and ate.
2.1
Score
Popularity
Activity
Freshness
Attend Future Festival