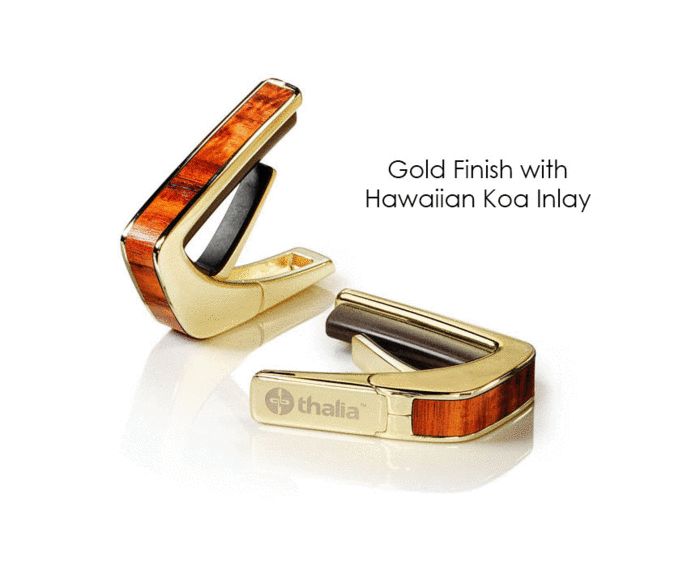 Rahul Kalvapalle — October 16, 2014 — Art & Design
References: thaliacapos & kickstarter
Share on Facebook Share on Twitter Share on LinkedIn Share on Pinterest
Guitar capos are often used by guitarists who want to expand their instrument's range by raising its pitch, which is what a capo does when you attach it to a guitar fretboard. The Thalia capo is a new capo that solves three common problems associated with capos -- one, that they can be difficult to attach; two, they can't easily be moved around the neck without detaching and re-attaching them; and three, they often look ugly.

The Thalia guitar capo is designed so you can easily capo your guitar using only one hand, and you can easily slide it up and down the neck to acquire the desired pitch range.

The tool is also designed as a piece of art. Rather than looking like an eyesore attachment looks like a piece of jewelry for your guitar.

The developers of the Thalia capo are running a Kickstarter campaign to raise funds for production of the product, with the campaign already blowing well past its fundraising target.
4.3
Score
Popularity
Activity
Freshness
View Innovation Webinars