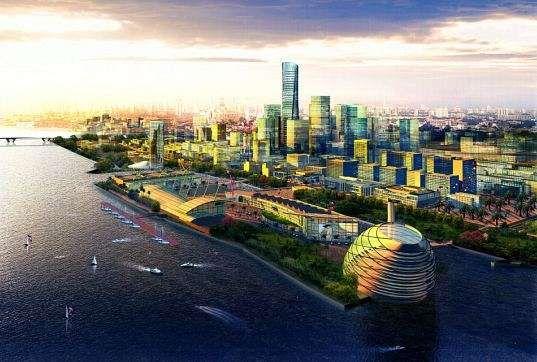 Guangzhou, China Revamps for the Future With New Southern-Axis

Brian G Randles — September 25, 2009 — Eco
References: hellermanus
Share on Facebook Share on Twitter Share on LinkedIn Share on Pinterest
Heller Manus Architects from San Francisco is the team responsible for redesigning Guangzhou, China. They are implementing a new Southern-axis, which will tie in nicely with the Northern-axis they just designed, don't you think? The new Southern-axis will improve parks, recreation areas and transportation areas.

Guangzhou is China's third largest city, but is now looking like a leader in the movement for more livable and sustainable cities thanks to these improvements and developments.

Implications - Ever since George Haussmann redesigned Paris in the 19th Century, the concept of city rebuilding has been more and more approachable. These days, however, metropolitan centers aren't refurbished for the sake of aesthetics, but for environmental friendliness. At this point, the design firms who propose to reconstruct cityscapes into greener habitats are awarded impressive contracts that last for years.
4.1
Score
Popularity
Activity
Freshness
Jeremy Gutsche Keynote Speaker