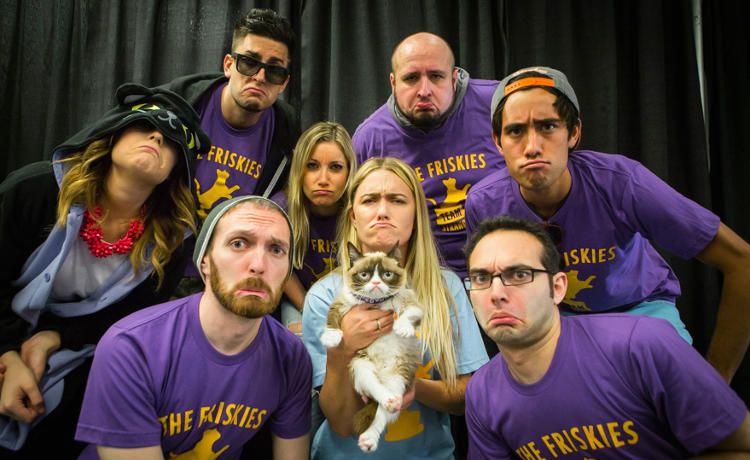 Bundesen's story begins humbly: she was a waitress at Red Lobster, when her brother posted a photograph of her cat (whose real name is Tarder Sauce) on Reddit. The rest, as they say, was history. Tarder Sauce was re-dubbed 'Grumpy Cat,' and what began as a series of hilarious memes of the disgruntled cat, turned into a book deal, beverage brand and line of merchandise for Bundesen.

The duo's appearance at VidCon was to promote the annual Cat video contest, hosted by Friskies, a brand which Grumpy Cat is the spokescat for. The brand also awarded the feline with a Lifetime Achievement award.
2.8
Score
Popularity
Activity
Freshness
Get Better and Faster