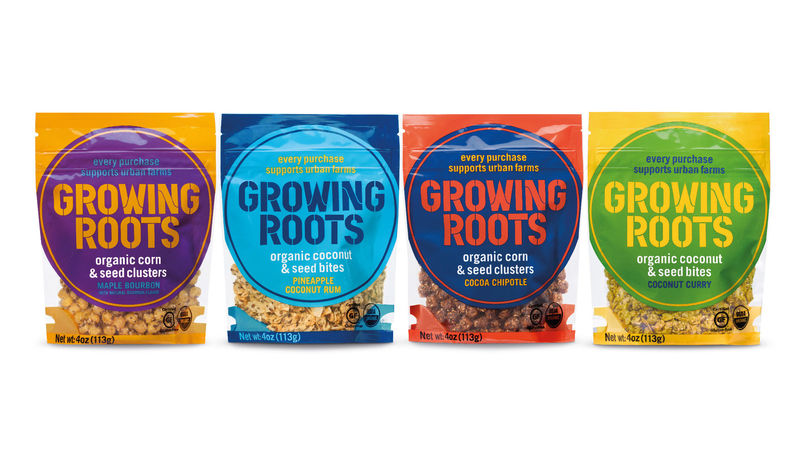 Unilever's 'Growing Roots' Brand Evolved Out of a Social Mission

Laura McQuarrie — March 7, 2018 — Social Good
References: growingrootsfoods & prnewswire
Share on Facebook Share on Twitter Share on LinkedIn Share on Pinterest
'Growing Roots' is a new organic, plant-based food brand from Unilever that empowers consumers with healthy snacks—and at the same time, supports urban farmers and local communities. Vice President of Foods Matthew McCarthy for Unilever North America notes that: "What's so special about Growing Roots is that it started as a social mission that our employees were passionate about, borne from the belief that everyone should have access to affordable, nutritious food."

In a partnership with New York's Building Healthy Communities initiative and Green City Force that began in 2015, Unilever has helped to set up six urban farms in New York, which have generated about 32,000 pounds of organic produce. Moving forward, this model has the potential to be implemented across other major US cities. Unilever's Growing Roots is set to make its debut at Natural Products Expo West later this month.
6.4
Score
Popularity
Activity
Freshness
View Innovation Webinars