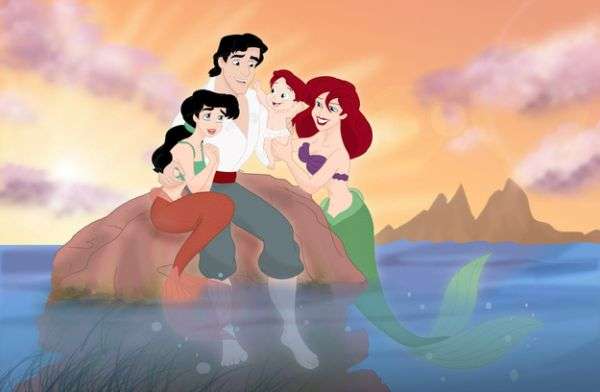 Jason Soy — July 27, 2012 — Pop Culture
References: grodansnagel.deviantart & blog.thaeger
Share on Facebook Share on Twitter Share on LinkedIn Share on Pinterest
If you ever wondered what became of Disney characters after the credits rolled, these illustrations by deviantART user Grodansnagel may have your answer. Hailing from Sweden, the young artist has a series of well-rendered pictures depicting various fictional family units of beloved Disney characters. You finally get to see Ariel and Prince Eric live happily ever after with their two mermaid children or Aladdin and Jasmine flying on their magic carpet with a new female offspring being carefully cradled.

What’s remarkable about Grodansnagel’s illustrations is that she perfectly emulates the Disney animation aesthetic of each film, adding plausibility to the images. Other movies featured include Snow White and the Seven Dwarfs, Pocahontas, Tarzan, Mulan, Cinderella, Hercules, Sleeping Beauty and much more. No matter which film's your favorite, you’ll likely see at least one Grodansnagel drawing that makes you feel warm and fuzzy on the inside.