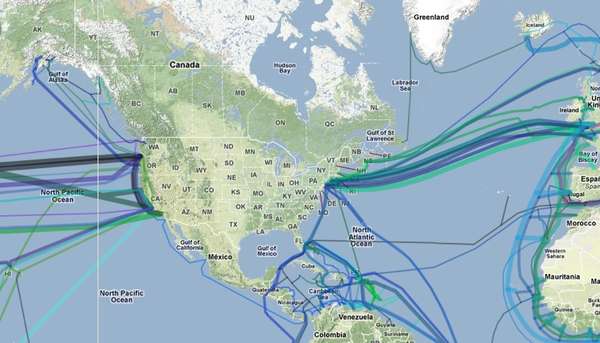 Greg Mahlknecht Compiles a Map of the Master Internet Cables

Where does the Internet come from? Well, about 99 percent of Internet traffic in the world travels through large underwater cables, which connect countries and continents. Until now, we've only had a vague idea of where those wires were, but thanks to Greg Mahlknecht, we have a more complete image of how the real-life infrastructure of the Net is arranged.