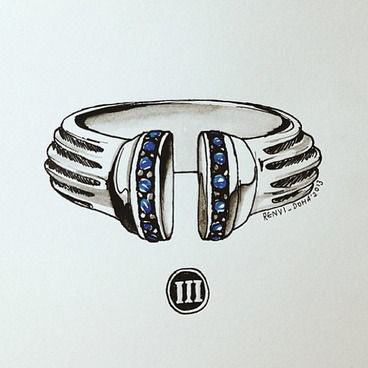 Laura McQuarrie — November 6, 2014 — Fashion
References: renvi & coolhunting
Share on Facebook Share on Twitter Share on LinkedIn Share on Pinterest
While most Greek-inspired jewelry may include a few Greek keys or laurel leaves, these pieces from RENVI source from ancient architecture. For her jewelry line, Morgan Cleary takes cues from Roman and Greek structures, with a fresh and contemporary perspective.

As far as her choice of ancient architecture, Cleary remarks that it "Subconsciously resonates with everyone," and the strength and stability of the architecture can be translated to the role this jewelry has the potential to play as part of a closet staple. The gold and diamonds used in RENVI jewelry are ethically sourced, with a percentage of proceeds from sales going towards Marol Academy, an organization that builds educational systems for kids in South Sudan.
3.5
Score
Popularity
Activity
Freshness
Attend Future Festival Virtual