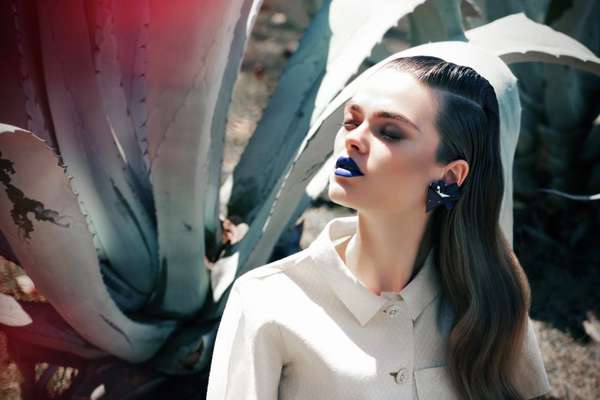 Meghan Young — September 26, 2012 — Fashion
References: grazia.fr & fashiongonerogue
Fall is officially here for those living in the Northern Hemisphere and the Grazia France September 2012 editorial addresses the changing of the seasons with a focus on pre-fall collections. Perfect for those days that it is hot in the sun and cold in the shade, the outfits are meant for in-between weather where anything goes. Don't be fooled by the model's blue lips, she is not cold in the least.

Shot by Richard Bernardin, a photographer based in Montreal, Canada, the Grazia France September 2012 editorial was outfitted by stylist Candice Fauchon. She clad model Sophie Vlaming in ladylike ensembles accented by the electric colors of blue and purple. The Dutch beauty was given a slick side-parted do by hairstylist Hélène Bidard while makeup artist Jean-Charles Perrier played with colorful lips.
6.3
Score
Popularity
Activity
Freshness