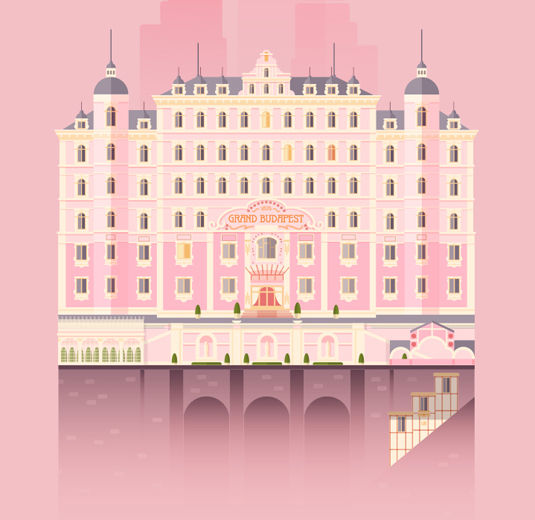 Megan Facciuolo — May 13, 2014 — Pop Culture
References: behance.net & designtaxi
Share on Facebook Share on Twitter Share on LinkedIn Share on Pinterest
A Barcelona-based creative, who goes by the name Lorena G, has created a series of The Grand Budapest Hotel pictures that feature the hotel and its main props. Wes Anderson, who is the director of the newly released film, is known for his charming aesthetic and minimalism. Lorena gracefully reciprocated his styles in her own art forms.

The images include the film's most popular props, which have gained mass popularity, from the tall Mendl’s cake to the L’air de Panache. She depicted each prop on a pale pink background and in a two-dimensional style that allows them to look flat and minimal.