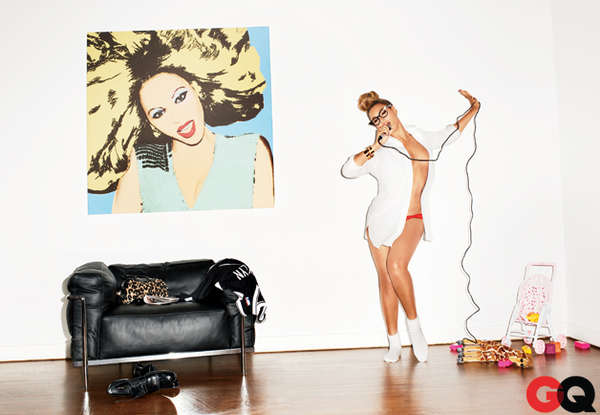 Meghan Young — January 11, 2013 — Naughty
References: gq & hollywoodlife
The incomparable Beyonce Knowles has been dubbed Miss Millenium in the GQ February 2013 issue. Covering the magazine for the first time, she is scantily clad in red leopard panties by Agent Provocateur and a sheared Nike t-shirt, a look that is carried out in the accompanying cover shoot lensed by photographer Terry Richardson. Of course, this is totally his style. And why wouldn't she want to show off her incredible post-baby body?

Already making waves on the Internet thanks to those killer curves, the GQ February 2013 cover shoot shows that superstars can tastefully strip down in a playful manner and still maintain a high level of respect and adoration--if not more. In the article she talks about enjoying life, her upcoming Superbowl performance and her little sister.