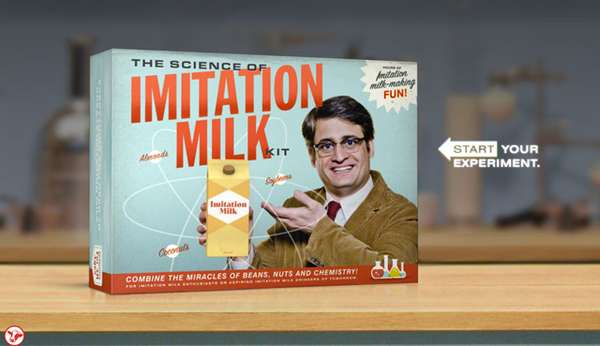 The 'Got Real Milk?' Advertisement is Playfully Scathing

Playfully set in the scene of a game show, the advert suggests that the ingredients in soy/almond/alternative milks are negative. It's extremely smart for suppliers of cow's milk to start from a health angle, because that's exactly the kind of flak they're facing for their own product. The campaign not only comes from a health angle, but also seems to play up the nostalgia associated with cow's milk. People have been drinking it forever, and many grew up with it. Tying in the history and strong emotional connection with their product is a brilliant way to clear out new-school alternatives.

Offbeat, informative and understandable, the Got Real Milk? advert is a calculated approach to beating out competition. Though many are set in their ways in terms of milk and milk alternatives, this is a well-publicized way to generate a pro-milk message.
2.7
Score
Popularity
Activity
Freshness
Get the 2021 Trend Report FREE