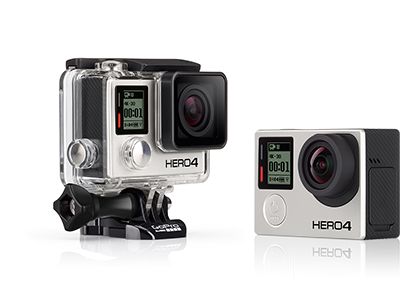 Meghan Young — September 30, 2014 — Tech
References: shop.gopro & theverge
Share on Facebook Share on Twitter Share on LinkedIn Share on Pinterest
There are three models of the GoPro Hero4 that will help the leading compact camera brand reach a wider audience. The first two, GoPro Hero4 Black and GoPro Hero4 Silver, are the higher end versions while the latter also comes in a cheaper version. This more affordable GoPro trades the high frame rates of the first two for a set of touchscreen controls that makes it easier to use.

Both of the GoPro Hero4 Black and Silver models are equipped with built-in WiFi, are waterproof down to 131 feet and able to capture photos at 12MP. The third, cheaper model may not have all of these capabilities, The Verge notes that "its basic features still make it capable of exactly what GoPro's cameras have become known for: being tiny, tough, and capturing high-resolution video."
4
Score
Popularity
Activity
Freshness
Attend Future Festival Virtual