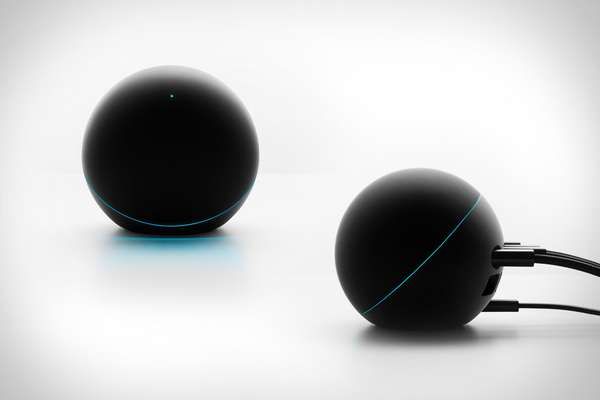 Meghan Young — June 28, 2012 — Tech
References: google & uncrate
Share on Facebook Share on Twitter Share on LinkedIn Share on Pinterest
The Google Nexus Q is being touted at the “world’s first social streaming media player,” at least by Mountain View, the mastermind behind its development. The answer to the Apple TV, it is compatible with Android devices, not just Mac ones. Able to play people’s favorite entertainment straight from the Cloud, from music to YouTube videos and more, the Google Nexus Q would make a great addition to any home.

Unlike Apple TV, the Google Nexus Q boasts a sleek orb shape that is very futuristic. It is also chock-full of the latest technology including dual ARM Cortex-A9 CPUs, 16GB of storage, 1GB of RAM, Wi-Fi, Bluetooth and more. The best part is that it lacks an interface, which allows people to control all of its features straight from personal devices.