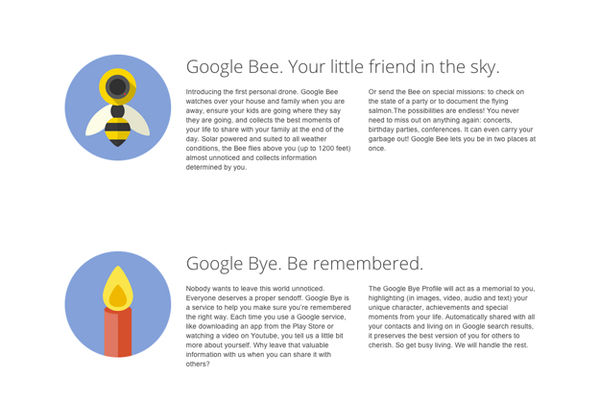 Google-Nest Imagines Everything as Google-Controlled

Back in February, Google purchased Nest Labs for $3.2 billion, adopting the thermostat, smoke carbon monoxide detector as part of Google's mission to make homes smarter. While it was up, the Google-Nest site served as a parody that imagined products like Google Trust, Google Hug, Google Bee and Google Bye, different tools for monitoring your emotions, house or digital security.

Google-Nest was presented at Berlin's Re:public tech conference with activists posing as representatives from Google. Since the site recreated the look and feel of Google, right down to the trademarks and everything looked so convincingly real, the satirical site has been taken down.
2.4
Score
Popularity
Activity
Freshness
Attend Future Festival Virtual