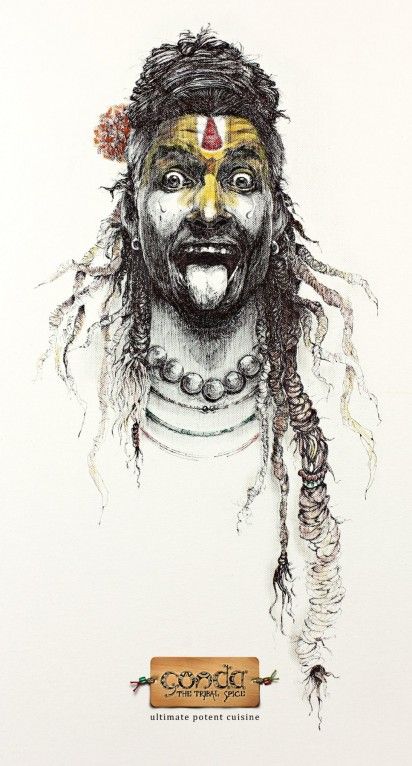 Meghan Young — October 1, 2013 — Marketing
References: ibelieveinadv
Share on Facebook Share on Twitter Share on LinkedIn Share on Pinterest
The Gonda The Tribal Spice ad campaign is hilarious and impressive at the same time. It shows strong tribal people taking an equally strong spice and surviving to tell the tale, or at least stand for an intricate portrait of their experience. With tongues wagging and tears flowing down their cheeks, it is only natural that it will give others pause when wanting to try it out.

Conceived and executed by Nikotin, an ad agency based in Pune, India, the Gonda The Tribal Spice ad campaign will never the less appeal to those looking for a hot challenge in the food department. It does read, 'Ultimate Potent Cuisine,' after all. The campaign was art directed by Nitin Adake and Nikhil Kukalwar with illustrations by Hrishikesh Deshpande.
4.6
Score
Popularity
Activity
Freshness
View Innovation Webinars