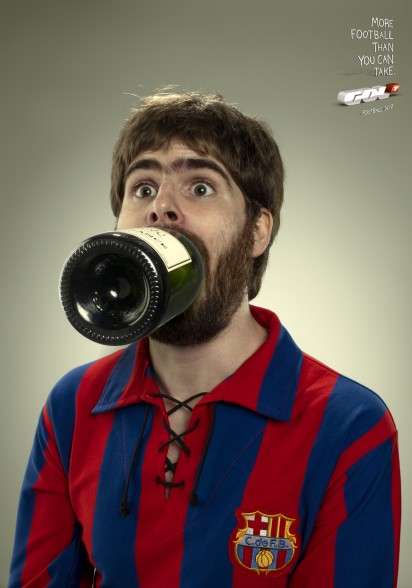 Meghan Young — April 26, 2013 — Marketing
References: yr & ibelieveinadv
The Gol Television Football campaign may seem ambiguous at first--What does a bottle of wine or a bouquet of roses have to do with sports?--but it all becomes clear after reading the tag line. It states, "More football than you can take." Essentially, the ad campaign suggests that this will consume a lot of their time. And no amount of gifts will make it up to their girlfriends or wives.