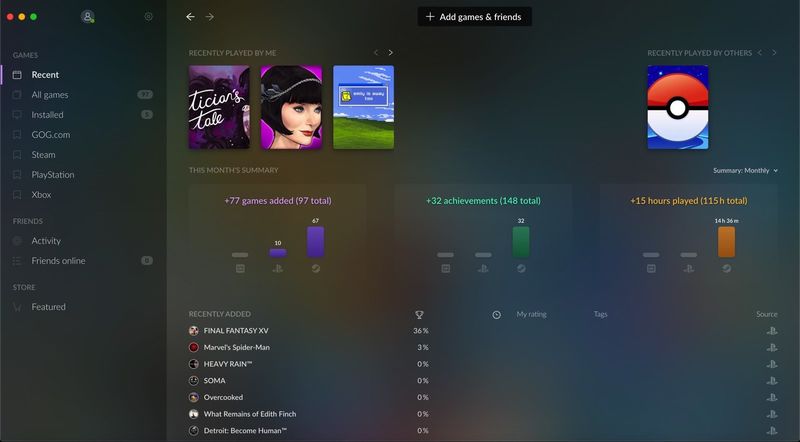 GOG Galaxy 2.0 is a Streamlined Platform for All Digital Games

Daniel Johnson — August 6, 2019 — Tech
References: gog & engadget
Share on Facebook Share on Twitter Share on LinkedIn Share on Pinterest
GOG Galaxy 2.0, which is currently undergoing beta testing, will be a single platform to host games. The platform will be able to track which games a user has, as well how much they play a certain game. Users of the GOG Galaxy 2.0 platform will also be able to connect other gaming accounts to a GOG account. This means users will be able to connect accounts across a number of different platforms, including Steam, Epic, Origin, Uplay as well as consoles like Xbox Live and PlayStation Network accounts. Users of the platform will be able to see and access their gaming titles on one screen in alphabetical order.

GOG was originally created as a market place for classic games but then expanded into a market place that sold indie games. However, now the platform could expand to be an all-encompassing platform for users.