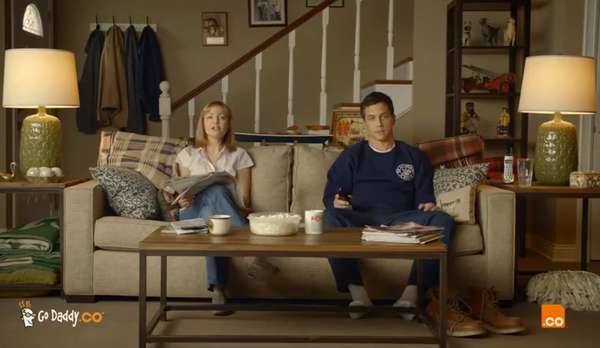 This GoDaddy Super Bowl Commercial Pushes You to Seize the Moment

The ad illustrates this misconception with a series of conversations between spouses that are exactly the same all over the world. The woman asks the man when he's going to put his idea online and the man tells her to relax because his idea is totally original and no one else will have it. The obvious irony of this GoDaddy Super Bowl commercial is that several couples are having the same conversation about the same seemingly original idea.

This kind of thinking can lead to missed opportunities, which is illustrated in the end of the ad when a new couple comes into the mix as they sit on their private jet.

The ad is a strong push for people to put their ideas online by registering a website with GoDaddy.com.
2.3
Score
Popularity
Activity
Freshness
View Innovation Webinars