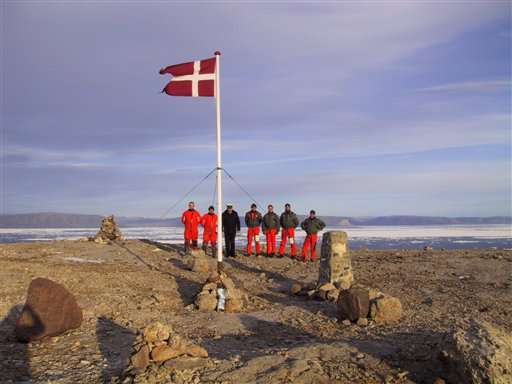 Rose A. Valenta — March 25, 2007 — Eco
References: baiki.org & comcast.net
Several countries are fighting over territories being uncovered in the Arctic because of global warming: Canada, Denmark, Norway, Russia, Sweden, and the United States. The feud is fueled by a potential $2 Trillion in natural resources. The folks who live there, Intuits (Eskimos) and Sami are being dissed in lieu of visions of black gold flowing into the aforementioned nation's coffers. However, there are environmental groups supporting them and making sure that they do not become casualties of the dispute.

I don't know about you, but if I was an Intuit, with all that bubblin crude in my back yard, I'd forget herding reindeer and switch to Wampas.