3D TV Without The Glasses 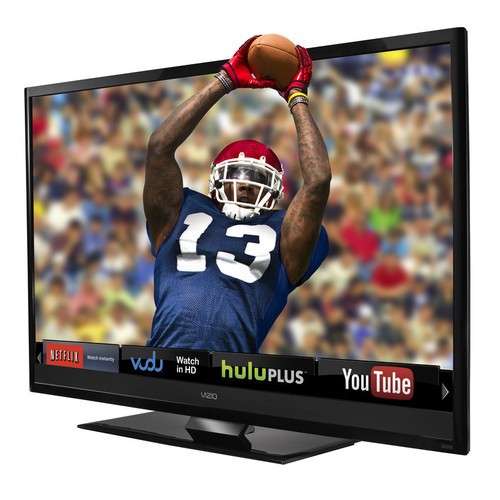 Andrew Sztein — January 8, 2013 — Tech
References: news.consumerreports.org & engadget
Share on Facebook Share on Twitter Share on LinkedIn Share on Pinterest
A lot of people appreciate the 3D effect in modern movies and TV programming, but have found the glasses to be clunky and irritating. Vizio promises to fix all that with its new line of XVT Ultra HDTVs, unveiled at CES 2013. The new screens not only offer glasses-free 3D, but also an insane 4K-level resolution that makes standard HDTVs look like a 1950's black and white tube.

If that wasn't exciting enough for hardcore cinema junkies, Vizio's new TVs are room-filling behemoths, going as large as 70 inches. At that size, users can turn the living room into a true cinematic experience.

The glasses-free model displayed at CES 2013 is just a 55-inch prototype, but initial reports are very positive and impressive from various outlets. It's expected that the glasses-free 3D models with 4K capability will be available by 2014. If you can't wait, Vizio is also putting out a line up of 4K TVs that use the tried and true glasses for 3D effects.
3.4
Score
Popularity
Activity
Freshness
Jeremy Gutsche Keynote Speaker