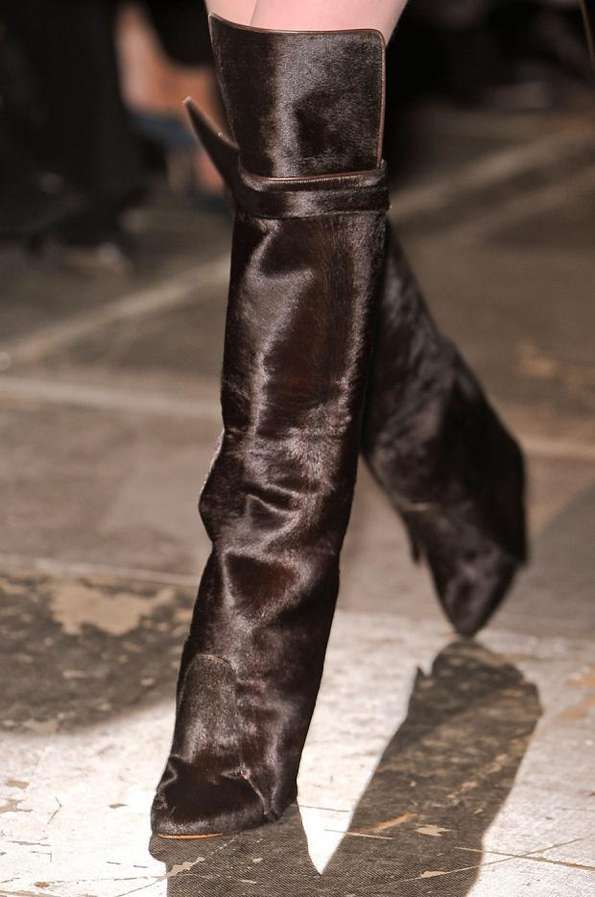 Rebecca Byers — March 10, 2012 — Fashion
References: fashionising & tmagazine.blogs.nytimes
Share on Facebook Share on Twitter Share on LinkedIn Share on Pinterest
Riccardo Tisci's Givenchy Fall 2012 collection was a chic utilitarian line that, like many other Milan and Paris shows this season, featured a lot of black and leather. The details of the collection added to the harsh, structured aesthetic and the shoes in particular were eye-catching. The over-the-knee aesthetic of the chunky boots seem to have a militaristic and equestrian feel, but are also reminiscent of a catcher's kneepad.

The Givenchy boots featured leather-covered high heels, aka "curtained heels," and appeared in brown, tan, cherry red and black. The material also varied from suede to leather with some ombre toes.