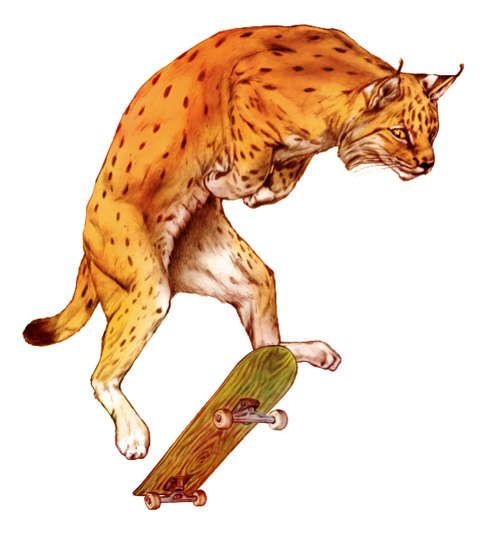 In this clever series, the artist creates beautifully detailed animal renderings, capturing their majestic muscles as they are caught mid-jump, moving through the air. He doesn't stop there; Modica gives each of the animals a little skateboard, combining his love of drawing with his love of skateboarding. This alternative perspective makes his images stand apart from other illustrations, making people stop and stare for a moment. Viewers are caught off-guard by the unusual idea of an eagle or a fox for example, using such a modernized and urbanized piece of sporting equipment.