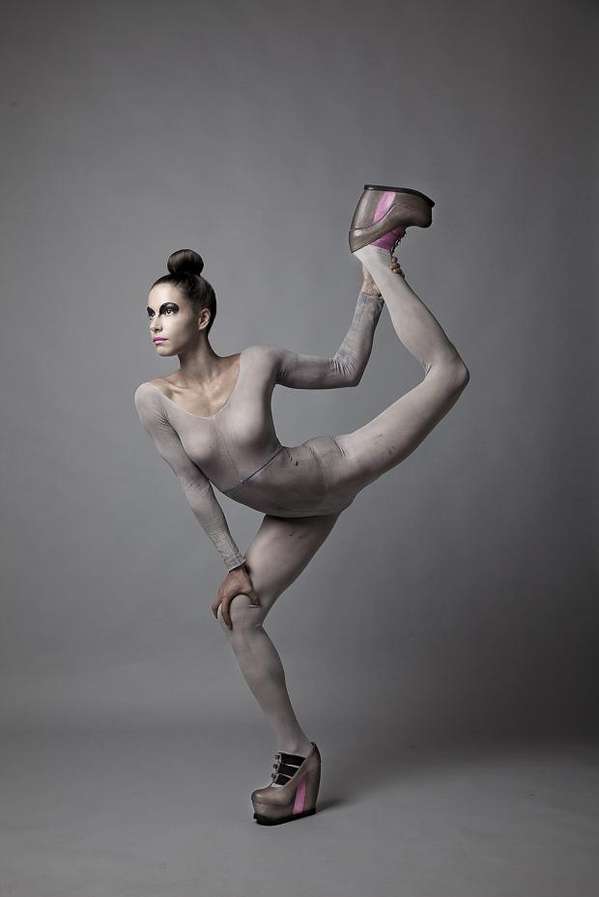 The Gioia Maini Diana Collection is Fierce and Flexible

Meghan Young — July 26, 2013 — Fashion
References: gioiamaini & fashionising
Share on Facebook Share on Twitter Share on LinkedIn Share on Pinterest
The Gioia Maini Diana lookbook is utterly arresting. Firstly, the near-nude bodysuit will capture people's eyes immediately. This is helped in large part to the fiercely flexible yoga poses the model strikes throughout the photoshoot. Once reeled in, viewers are then treated to collection of colorful platform heels that would spice up any outfit, be them curve-hugging or not. In fact, women won't have to bend over backwards to turn heads.