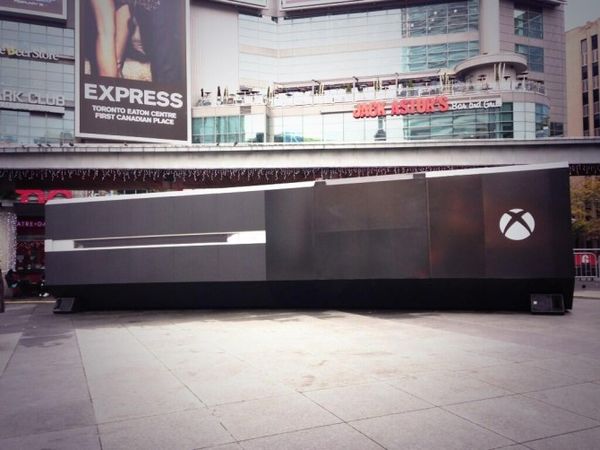 The Giant Xbox One Console in Toronto Brought the Community Together

Sarah Dos Santos — November 19, 2013 — Tech
References: dualshockers & techvibes
The giant Xbox One console made its way across Canada and recently landed in Toronto. The colossal display was set up at the Yonge-Dundas Square and brought together the Canadian Xbox Live community in celebration of the console launch.

The exhibit allowed fans to unlock amazing and unique experiences and rewards when they pledged with their gamertags. Craig Flannagan, the Director of Marketing at Xbox, Microsoft Canada said the team is building upon the momentum they created in Vancouver and Montreal "to celebrate the biggest launch in Xbox history."

This giant Xbox one display is a great way to bring the online gaming community together in real life, to share their love for the many games Xbox brought to the market and in anticipation for the new games ahead. By encouraging gamers who normally play alone at home to come out and celebrate with others gamers to who do the same, it builds a greater bond between gamers over a common interest.
2.1
Score
Popularity
Activity
Freshness

Car-Jacking Gamer Films
The Grand Theft Auto: Rise is a Short Film Based On the Game