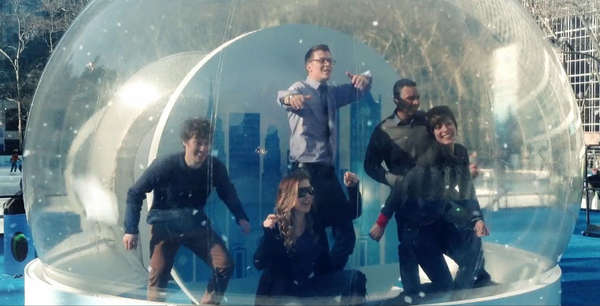 Andrew Sztein — February 20, 2013 — Marketing
References: snowglobenyc & psfk
This giant snow globe may very well be the coolest thing you do in New York City this winter.

Sponsored by Citibank, the Citi Snow Globe at Bryant Park allows visitors to get themselves and their friends inside. Once inside, tourists can dance and make fools out of themselves in the giant snow globe as no less than 16 cameras record their movements. The simultaneous photo taking results in a super cool composite stop motion video that can be distributed digitally. Snow effects are even added digitally afterwards, because what kind of giant snow globe doesn't have some snow in it?

The globe will be open until March 3, 2013, but I'm anticipating this cool little tourist attraction will be popular enough to warrant a return every year.
3.8
Score
Popularity
Activity
Freshness