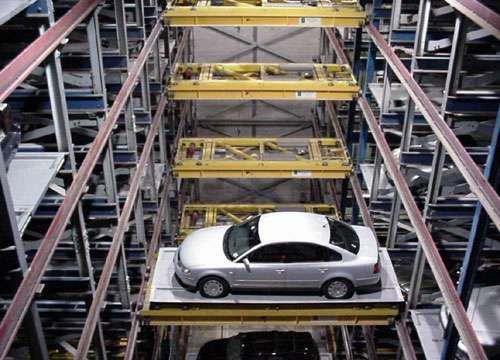 From Wired:
The robot that parks cars at the Garden Street Garage in Hoboken, New Jersey, trapped hundreds of its wards last week for several days. But it wasn't the technology car owners had to curse, it was the terms of a software license.

The garage is owned by the city; the software, by Robotic Parking of Clearwater, Florida.

In the course of a contract dispute, the city of Hoboken had police escort the Robotic employees from the premises just a few days before the contract between both parties was set to expire. What the city didn't understand or perhaps concern itself with, is that they sent the company packing with its manuals and the intellectual property rights to the software that made the giant robotic parking structure work.