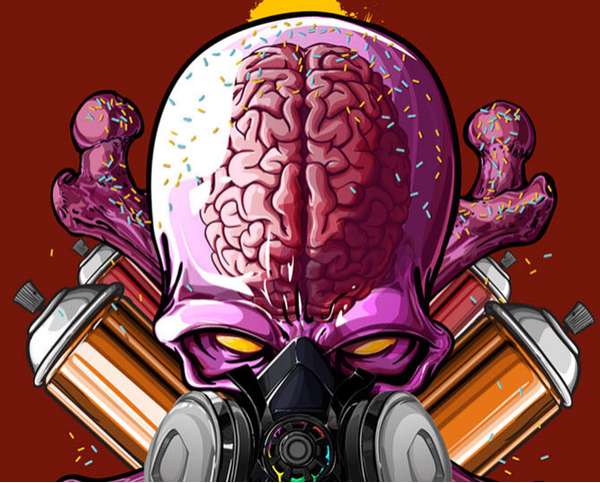 Jason Soy — February 25, 2012 — Art & Design
References: gaksdesigns & clydealexander.tumblr
Share on Facebook Share on Twitter Share on LinkedIn Share on Pinterest
These Gerrel Saunders illustrations look like they’re straight out of Tim Burton’s ‘Mars Attacks!’ film. Featuring transparent skulls that let viewers peer into the brains of alien-like creatures, these badass images are best described as “out of this world.” But don’t think that Saunders is content with recycling the same winning concept over and over again, because the up-and-coming artist regularly finds different ways to reinvent these clear skull renderings, maintaining a freshness to his content.

For instance, several of Gerrel Saunders’ drawings have the fleshless heads wearing badass gasmasks. He also uses delectable sweets like donuts and sprinkles liberally in his pieces as recurrent elements. Viewers, though, may not find ice cream too appealing after seeing it ooze out of eye sockets, as depicted in one of Saunders' images.
3.9
Score
Popularity
Activity
Freshness
Attend Future Festival