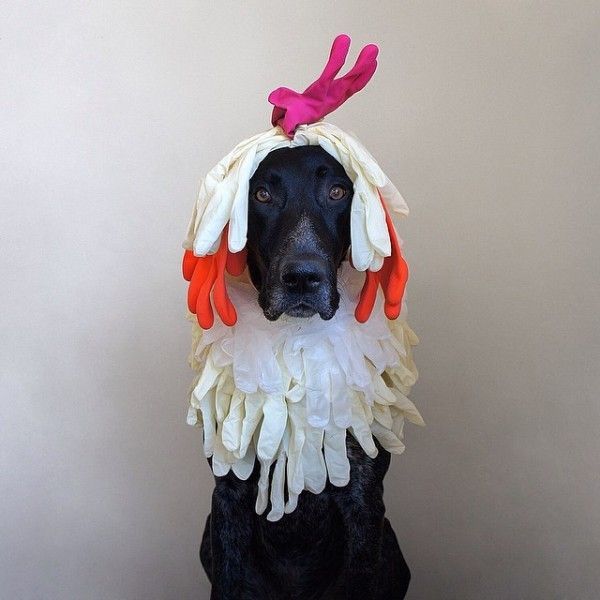 Megan Facciuolo — May 6, 2014 — Lifestyle
References: instagram & designtaxi
Share on Facebook Share on Twitter Share on LinkedIn Share on Pinterest
This German shorthaired pointer dog takes on many roles other than a canine on a daily basis. His owner, Stuttgart-based photographer Samuel Jurcic, dresses him up in a variety of homemade costumes and posts the outcomes to Instagram. Most canines would have an issue wearing the costumes, let alone posing for a picture, but Jurcic’s dog doesn't seem to mind. It's incredibly poised and properly positioned in every shot, which makes for an even more whimsical photo series.

Some of the cosplay ideas include a chicken, a royal, Mickey Mouse, a telephone and Shakespeare. Other photos are also more imaginative and needed to be digitally imposed. For example, in one photo where the dog has a gloomy expression, Jurcic doodled a dark storm cloud over its head.
6.2
Score
Popularity
Activity
Freshness
View Innovation Webinars