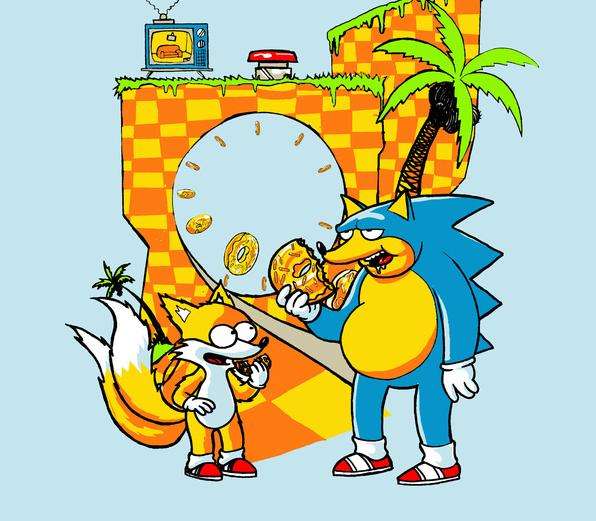 Josh Triantafilou — April 14, 2012 — Pop Culture
References: gallery.thecreatorsproject & behance.net
Share on Facebook Share on Twitter Share on LinkedIn Share on Pinterest
French artist Georges Le Mercenaire has a unique perspective when it comes to animals and pop culture. While most people are familiar with SEGA's Sonic the Hedgehog as the speediest member of the Erinaceinae family, Mercanaire depicts the spiky mammal as overweight and over the hill, shamelessly munching on a donut. Chucky Cheese is promoted by the company of the same name as a giant, fun-loving rodent. In the illustrations featured here, Chucky Cheese is shown as gun-toting, blinged-out gangsta. Not all of the artwork seeks to tarnish childhood memories, however.

Snoopy from Charlie Brown has always minded his own business; he is quiet to the point of being pensive. Mercenaire portrays Snoopy in much more detail than he does Charlie Brown. This heightened realism depicts the dog as even more preoccupied with thought than usual, making the character quite sympathetic.
2.9
Score
Popularity
Activity
Freshness
Jeremy Gutsche Keynote Speaker