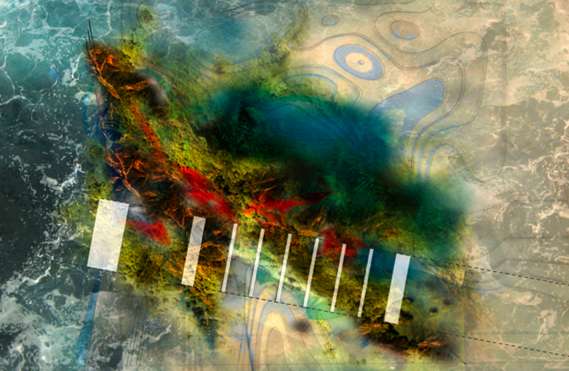 The GeoBasin Concept Proposes a More Resourceful Way of Building

Through an imaginative process of integrating man-made material with the natural environment, the construction industry would be encouraged to reuse old structural components on-site for new buildings. Such a practice would see a gradual evolution of the setting, in terms of strategically assembled parts and the way that organic surroundings react. The intention behind a GeoBasin project would be to improvise with native plants, allowing them to grow and thrive and eventually turn these dynamic edifices into varied and ever-changing ecosystems of vegetative, animal and human activity.