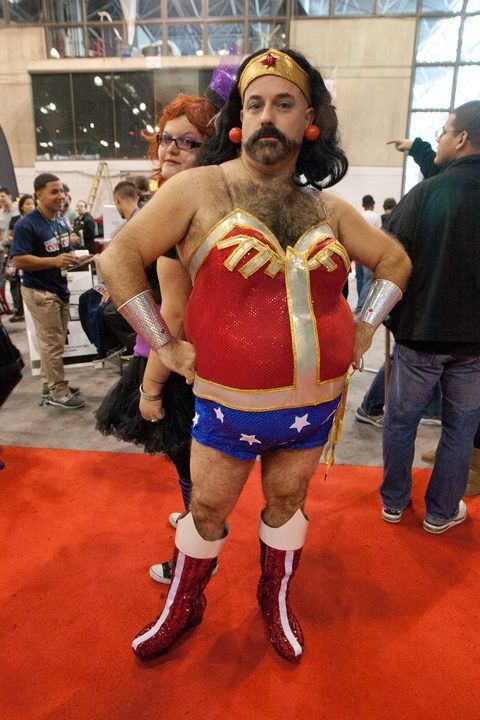 Meghan Young — September 26, 2014 — Fashion
References: pleated-jeans & neatorama
When it comes to gender-bending cosplay, these men are all winners. Although people might first think that they are losers, that is because they simply don't get it. From beer bellies to hairy chests and awkward sensual poses, these hilarious men are clearly having fun with their love of all things pop culture as well as what appears to be their favorite female characters.

From Sailor Moon to Elsa of 'Frozen' and even Mystique from 'X-Men,' this collection of gender-bending cosplay is creative, clever and utterly comical. Compiled by Pleated Jeans, the gender-bending cosplay costumes will surely inspire men and women to get out of their comfort zone this Halloween season. At times, it is almost hard to determine which person pulled off the pop culture characters better, these men or the women they were inspired by.
3.8
Score
Popularity
Activity
Freshness