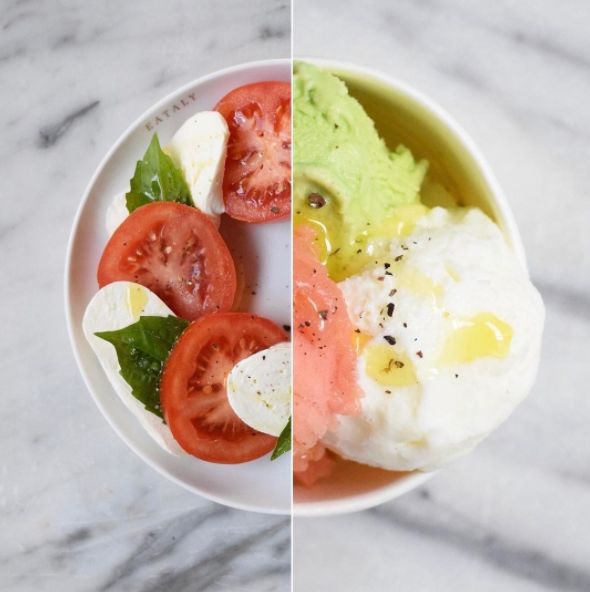 Eataly Chicago's own Gelato Bar now boasts a savory Caprese gelato cup, which is designed to remind of the taste of the classic Italian salad. Traditionally, the three-piece salad is made with tomatoes, basil and mozzarella, and this new gelato dessert has red, green and white colors to match. Eataly chefs collaborated on the creation of this unique "galati salad" cup by combining Basil Gelato with Tomato Sorbetto and Fior di Latte Gelato, which is a sweet milk gelato that mimics cheese.