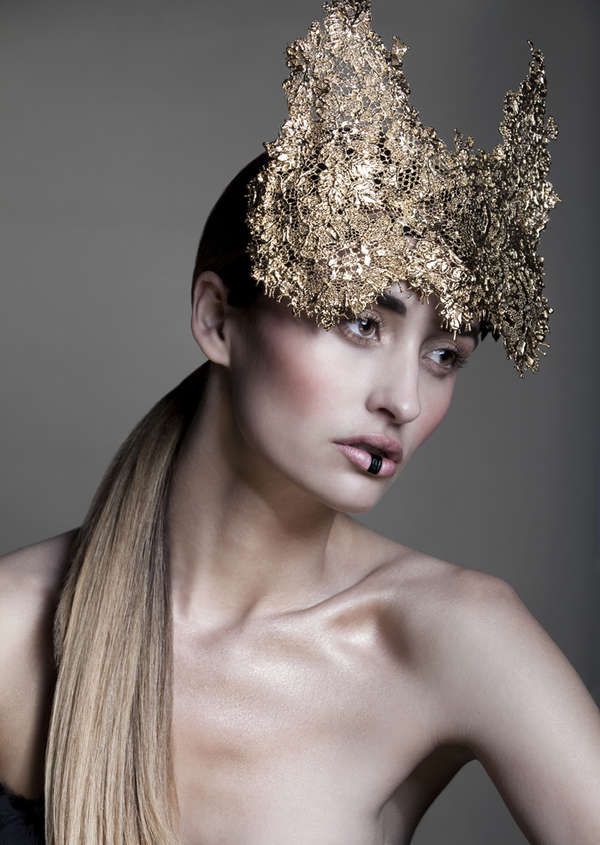 Meghan Young — April 10, 2013 — Fashion
References: amanifaiz & fashionising
Share on Facebook Share on Twitter Share on LinkedIn Share on Pinterest
The beauty looks featured in the photo series titled Gaze by Amani Faiz, a photographer based in Sydney, Australia, could easily have been inspired by Natalie Portman's portrayal of Padme Amidala in 'Star Wars.' Nevertheless the ornate headpieces and clown-like face paint can also be likened to the Aztecs.

Starring model Ebony, Gaze by Amani Faiz may feature makeup and styling that is fit for a sci-fi flick, but they are subtle enough that any woman could adopt them, or pieces of them, without standing out too much. Those who find themselves interested can thank beauty artist Nicola Johnson, since she worked on both the hair and the makeup. The lacy black and gold aluminum headpieces were designed by Suzy O’Rourke.
6.7
Score
Popularity
Activity
Freshness
Get Better and Faster