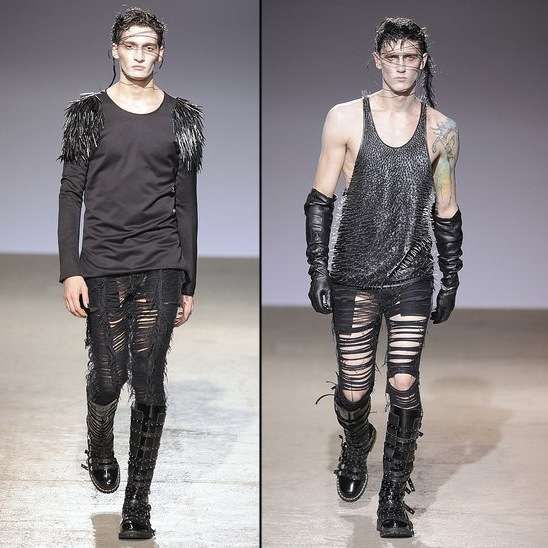 Even Delphine Arnault, the heiress to the LVMH empire (Louis Vuitton, Christian Dior), made a rare appearance at the runway of the 27-year-old designer.

The predominantly black and grey Fall 2009 collection was a morbidly sensual post-apocalyptic fusion of goth, sci-fi and peekaboo skin.

Implications - Pugh's crossover into the world of men's fashion is a brilliantly successful one as he stretches the boundaries of conventional menswear to include unseen ideas that are fresh and promising for the future of the fashion world. The press coverage and cosigns the young designer has received from respected sources in the industry are a testament to his vision and talent.
5.9
Score
Popularity
Activity
Freshness
Get Trend Hunter Dashboard