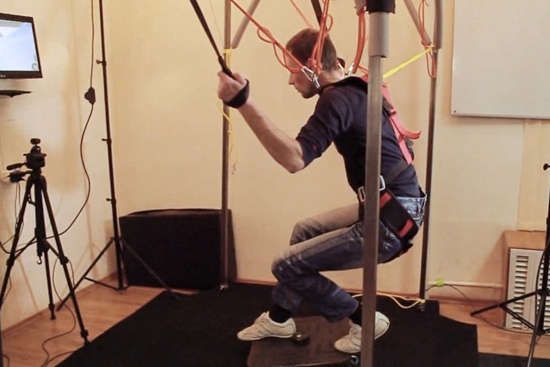 Meghan Young — January 16, 2013 — Lifestyle
References: intellectmotion & psfk
Share on Facebook Share on Twitter Share on LinkedIn Share on Pinterest
Playing video games is one of the leading factors to contemporary children's sedentary lifestyles, which the GameCube by Intellect Motion hopes to change. It is a unique system of harnesses and bungee cords that forces players to get physical while in front of the computer or television.

Unlike the Nintendo Wii or Xbox 360 Kinect, the GameCube by Intellect Motion not only encourages movement, but also makes it more challenging to ensure players are actually getting a workout. It has been described as an advanced Gravitation Distribution System, as written on Psfk, "that creates a controlled gaming environment via the changes in gravitational pull."